Are sustainability professionals ready to tackle the ripple effects caused by the fires?

0
The imperative of business resilience planning; How is Dubai coping.
18 September 2020
News
Are sustainability professionals ready to tackle the ripple effects caused by the fires?
September 17, 2020 by CSE in News

This crisis is an example of something climate experts have long worried about, but which few expected to see so soon: a cascade effect, in which a series of disasters overlap, triggering or intensifying each other. The same could be said for the entire West Coast where towns were devastated by fires as firefighters were stretched to their limits.

California’s simultaneous crises illustrate how the ripple effect works. A boiling summer led to dry conditions never before experienced. That dryness helped make the season’s wildfires the biggest ever recorded. Six of the 20 largest wildfires in modern California history have occurred this year.

If climate change was a somewhat abstract notion a decade ago, today it is all too real affecting all Americans. The intensely hot wildfires are not only chasing thousands of people from their homes but causing dangerous chemicals to leak into drinking water. Excessive heat warnings and suffocating smoky air have threatened the health of people already struggling during the pandemic. And the threat of more wildfires has led insurance companies to cancel homeowner policies and the state’s main utility to shut off power to tens of thousands of people.

In some ways, this year’s wildfires in California have been decades in the making. A prolonged drought that ended in 2017 was a major reason for the death of 163 million trees in California forests over the past decade, according to the U.S. Forest Service. One of the fastest-moving fires this year ravaged the forests that had the highest concentration of dead trees, south of Yosemite National Park.

Even after this year’s fires are put out, their ripple effects will keep spreading, creating economic shocks well beyond the physical and health damage of the disasters themselves. This summer, millions of Californians’ homes went dark for an hour or more as the smothering summer heat threatened to overload the grid. Those blackouts are carried out by California utilities in an effort to prevent their equipment from sparking wildfires. In the insurance industry, years of heavy losses have pushed companies to pull back from fire-prone areas, in what state officials call a crisis of its own. A lack of affordable insurance threatens to devastate housing markets, by making homes less valuable and harder to sell.

If anyone seems to understand a bit more clearly the truths behind climate change that would be the younger generations globally. With protests taking place almost every week, it is high time education focuses on the emergent significance of the climate change issues.

Professionals who will complete the Certified Sustainability (ESG) Practitioner Program will be enabled with all the practical tools to implement effective sustainability strategies, thus offering a better chance for overall success. 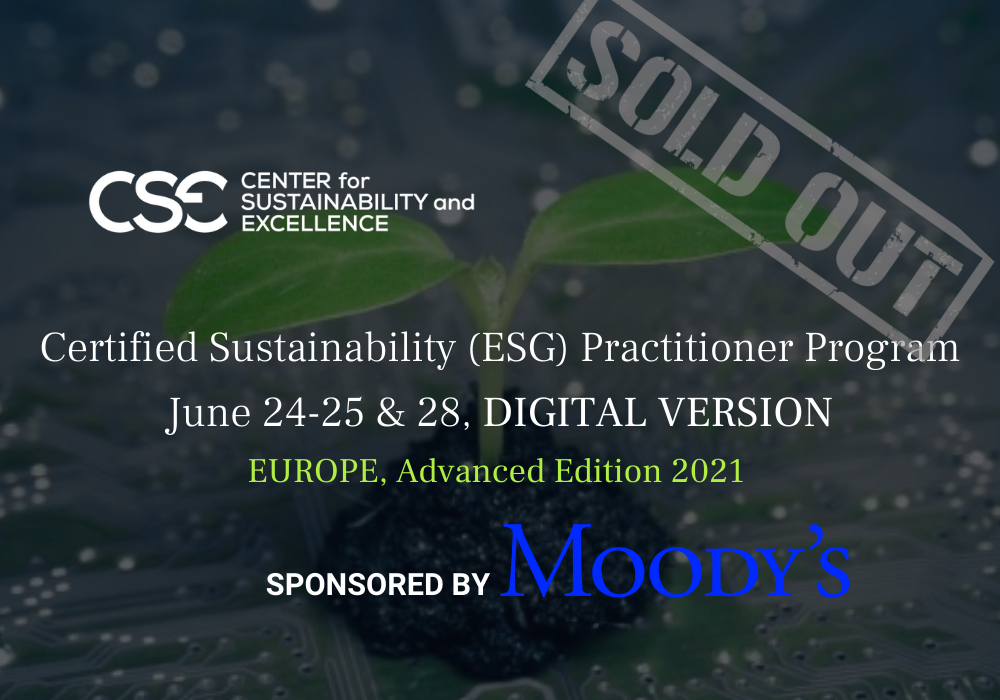 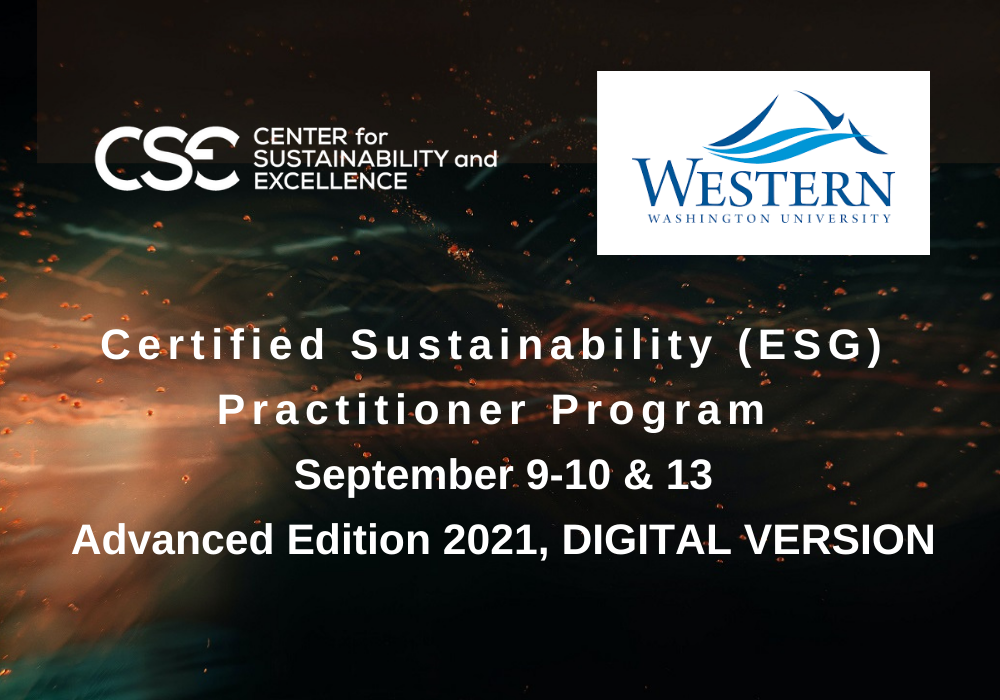 By continuing to use the site, you agree to the use of cookies. more information

Welcome to CSE! We are excited to provide more information on our services.
Certified Sustainability Education for Professionals! Advanced certified education on Sustainability and Corporate Responsibility, Sustainable Development and Circular Economy for professionals who want to maximize their company’s impact and become qualified with the latest knowledge in the field. Check our Trainings
ESG Consulting Services?! Our services are designed to assist our clients to improve their business performance while having an impact, build brand loyalty and innovate through the continuous integration of sustainability principles into their culture, operations and products and/or services. Check our Services
Request More Information
Request More Information
Certified Sustainability Education for Professionals
ESG Consulting Services?
Search